Get fresh music recommendations delivered to your inbox every Friday.
We've updated our Terms of Use. You can review the changes here.

Reversed Dreams of this Nature 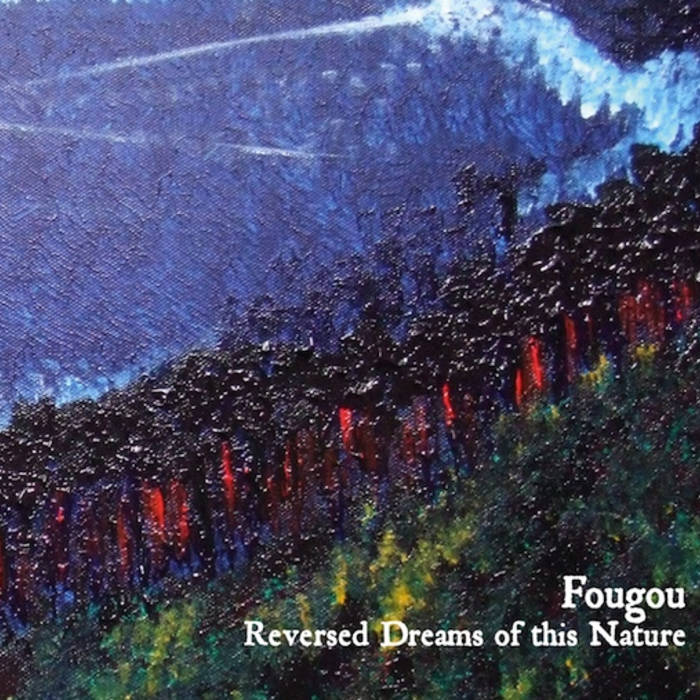 The first Fougou album, Reversed Dreams of this Nature, was released on Ikuisuus Records, Finland (IS-043).

"We are stepping out of the ordinary three-dimensional world, which we have known since childhood, into one in which time and distance apparently have no part."
T.C. LETHBRIDGE, A Step in the Dark (1967)

"A single individual can produce a ghost or ghoul by his thought or memory projected into an electromagnetic field."
T.C. LETHBRIDGE, The Power of the Pendulum (1976)


REVIEW from Foxy Digitalis 10 January 2011 (by Scott McKeating):
'It’s a perhaps pedantic point, but the name Fougou doesn’t match the duo’s musical content. The sound of a band named after a Cornish Iron Age cave maybe shouldn’t be so widescreen, and perhaps shouldn’t be something as uniquely verdant and futuristic. Moving past this trifling quibble, Reversed Dreams Of This Nature sees Matthew Shaw and Brian Lavelle creating and performing drift-bys for Michael Moorcroft vistas. From the tense drone introductory approach of “Bicones,” all whispers and undergrowth murk, Fougou head up and over the landscape creating something beautiful out of synth, drone and an incredible audio mix. This opener guides the listener on drifts alongside great alien flocks of leather winged things, there are aural visuals so explicit to the mind’s unconscious that it’s like Fougou have opened an actual door to somewhere.
There are touchstones of the best cuts of Eno’s ambient synth sides and a mix of the most gorgeously real field recordings alongside a mix of diegetic and non-diegetic sounds. Reversed Dreams Of This Nature has echoes of a rusted past, sent back from a place clouded by solar smog and defined by sound. Where the liner quotes by TC Lethbridge appear to point the listeners towards the idea of ghosts born of energy, the sound is altogether too planetary to be trapped in a corporeal form. Lavelle and Shaw are builders of worlds, vast sweeps of sound matched by sweeps of imagination, like CGI for the ears.
9/10'

Explorations into the Other and Further, by Brian Lavelle & Matthew Shaw.

Bandcamp Daily  your guide to the world of Bandcamp